Launch director of the National Rail Awards and a judge for many years, Clive now takes over as Interim Chairman of the Judges.  From the outset he has been determined to recognise and reward the best people and the best companies in our vibrant and constantly challenging industry. Over two decades of judging, Clive has been committed to highlighting those who make a real and positive difference to our customers: passengers and freight alike.

Chief Executive of TransportFocus. A qualified solicitor, he worked as principal consumer lawyer for the Consumers’ Association. Prior to joining TransportFocus, Anthony was deputy and acting director of ICSTIS, the then regulator of premium rate telephone services.

Richard has spent more than 50 years in the UK bus and rail industry, holding senior positions with London Underground, the ORR, TfL London Rail and latterly ATOC where he managed European Rail Policy. Although now retired he has since written a number of books on bus and rail transport matters and is still actively involved in UK coach operations.

Shamit Gaiger led several cross-industry policies and strategies for the UK railway addressing uncertainties including: future travel behaviour, Innovation framework,  Sustainable Development Strategy and the Rail Sector Skills Delivery Plan. Most recently she led the negotiations on the Rail Sector Deal on Behalf of HM Government. She is currently a Non Executive Director for Campaign for Better Transport and Leads the Strategic Advisory Practice in AECOM.

Chief Superintendent Gill Murray first joined BTP in 1990.  During her 31 years of service at BTP Gill has extensive experience across multiple disciplines including criminal investigation and specialist policing such as her responsibility for the creation of the national metal theft fusion unit and delivering metal theft partnership reduction and enforcement strategies.  She worked as Detective Superintendent; Head of Professional Standards, where she was accountable for delivering professional standards across the United Kingdom in BTP. She was also Operational Superintendent in the Western and London North Home Counties & East Anglia division for BTP where she was responsible for operational management including the delivery of 24/7 London response teams and worked in collaboration with numerous senior stakeholders including Local Authorities, Home office Police colleagues, HS1, Eurostar, C2C, Lorol, TfL and other key train operating companies.

Gill will use her wide range of experience as the D Division Scotland Commander to build upon the collaborative work already being done, seeking new opportunities with partners to improve divisional performance and enhance the policing of Scotland’s railways.

Retired in 2009 as Chief Executive of Transport Scotland. Previously Director General of Strathclyde Passenger Transport Executive and a member of the Rail Safety & Standards Board Advisory Committee. Ex-deputy chairman of the Railway Heritage Committee.

Former member of Iarnród Éireann Board. Former MD Thameslink and AEA Technology Rail. Past chairman of the Railway Division, Institution of Mechanical Engineers.

Former Managing Director of Operations in the Strategic Rail Authority, her career has spanned senior roles in almost all aspects of the privatised railway structure. She operates as an independent consultant for train operators, rail suppliers and government departments.

After spending the early part of her career in the Banking Sector, specialising in the Service Profit Link, employee engagement and cultural change, Nina entered the world of Executive Search in 2000 and has been focusing purely on the Transport Sector, primarily Rail since setting up Intuitive Interim & Executive Search in 2013.

Stephen Joseph is an independent transport policy consultant and visiting professor at the University of Hertfordshire. He was Chief Executive of Campaign for Better Transport, and its predecessor Transport 2000, from 1988 to 2018, campaigning for sustainable transport policies and being a member of the Commission for Integrated Transport and various Government advisory groups. He was awarded an OBE in 1996 and an Honorary Doctorate from the University of Hertfordshire in 2010.

Lucy is Business Engagement Director at 3Squared, a specialist SaaS provider and technical consultancy to the rail and rail construction market. Having held a number of commercial roles within the industry she actively supports the Rail Supply Group and champions the role of SMEs within the supply chain; in 2018 she was awarded an MBE for services to rail export which also recognised her support for Women in Rail and the Young Rail Professionals.

IAN BROWN CBE
Ian was Managing Director of London Rail at Transport for London responsible for the DLR, London Tramlink and London Overground.  He was awarded a CBE for services to railways. Ian is now a member of the Metrolinx Capital Oversight Committee in Toronto, Canada.

Most recently Managing Director of Northern Rail, but with 25 years of railway experience in companies such as GNER, Midland Mainline and Arriva. She is now Chief Executive of Northumbrian Water Group.

Formerly Chief Executive of Iarnrod Eireann/Irish Rail, Dick has 47 years experience in the rail industry in Britain and Ireland. Dick's railway career began with British Rail in 1973. After privatisation, he became TOC MD South Eastern and subsequently Director of Network Rail's Midland Zone, before moving to Ireland. After his retirement from Irish Rail in 2013, Dick returned to the UK and continues to work in the railways on non-executive responsibilities. He is currently Chair of the Western Route Supervisory Board.

Career railwayman in both public and private rail industry. Created the ScotRail brand when General Manager Scotland and then the Network SouthEast brand when MD NSE. Became MD InterCity before privatisation and then CEO Virgin Trains, where he introduced the new Pendolino and Voyager fleets.

Nicola joined National Grid in July 2016 after holding the CEO role at HS1 for five years. Nicola has held very senior positions in a number of regulatory, commercial and operational roles including at the Strategic Rail Authority, the Office of the Rail Regulator and at FirstGroup PLC. She has also previously worked at Halcrow, the World Bank and London Transport. In July 2015 Nicola was asked to report to the UK Government on the future structure and financing of Network Rail. The subsequently named Shaw report was published in March 2016.

Carolyn founded RAIB and was its Chief Inspector during its first ten years of operation. She has worked in heavy rail, metro and light rail systems; and in operations, manufacturing, consultancy, establishing new rail systems, regulation and managing projects both in the UK and overseas. She is a Non-Executive Director for Irish Rail and AES Engineering Ltd., External Examiner for the University of Birmingham's MSc in Railway Systems Integration and chair of the Rail Group of the Parliamentary Advisory Council for Transport Safety. She was awarded an Honorary Doctorate for services to the rail industry, is a recent President of the Institution of Mechanical Engineers and a former Board member of Engineering Council and Imperial College.

A career railway woman, Denise has held senior roles in customer service, operations and change management across a number of train operating companies. Most recently she has acted as an independent consultant for companies bidding for rail franchises.

Charles has had an extensive railway career and has been Managing Director of a number of Train Operating Companies including West Coast Trains from 2003-2007.Since then he has been Vice Chairman of Grand Central Trains and a Board Member of Transport for London from 2008-2016

As HR and Business Services Director at Direct Rail Services, Natasha actively lead DRS's people agenda, helping them to achieve the coveted Top Employer title at the Women in Rail Awards in 2019. Natasha's background is in regulated and engineering based industries including nuclear, health and aerospace. She is passionate about the ED&I agenda and volunteers for Global Vision International, focusing on the UN sustainability Development Goals. Natasha is also a Non Executive Director Trustee for Sharks Community Trust, which focusses on sporting education in the community. 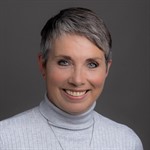 Former Managing Director of Direct Rail Services, her career has spanned senior roles in rail and infrastructure maintenance. She now operates as a Chair, Non-Executive Director & independant consultant for various businesses in and out of rail and transport.
​